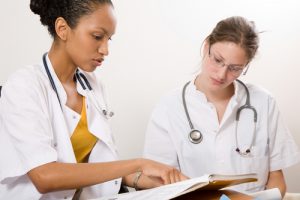 The importance of a basic understanding of medical terminology and medicines is as important as it ever was, and has been highlighted recently by this example of two medications with similar spellings – but for completely different complaints

A patient, had to be treated in hospital after she was given the wrong medication due to a mix-up.On attending the emergency department of a Glasgow hospital, the patient was found to have conjunctivitis and a defect on her cornea. However, the erectile dysfunction cream that was dispensed to her had a similar name, Vitaros, to the eye lubricant she was actually prescribed – VitA-POS. The patient suffered with blurred vision, a swollen eyelid and redness and discomfort immediately after putting the erectile dysfunction cream into her eye.

Eye doctors from Glasgow’s Tennent Institute of Ophthalmology, who treated the woman, have now written an article on the case in BMJ Case Reports, the medical journal

“It is unusual in this case that no individual, including the patient, general practitioner or dispensing pharmacist, questioned erectile dysfunction cream being dispensed to a female patient with ocular application instructions.

“We would like to raise awareness that medications with similar spellings exist,” the report said.

Importantly, doctors noted that one in 20 prescriptions were estimated to be affected by a prescribing error.

The original report can be read here

Electronic patient records are the essential prerequisite for a modern, digital NHS.

Never has it been more important to learn the requirements for summarising medical records, following the recent announcement from the Health and Soci…

We’re hearing a lot about online learning currently and its recent prominence has highlighted some of its many advantages. Online learning has bee…